We're going on a playground hunt... 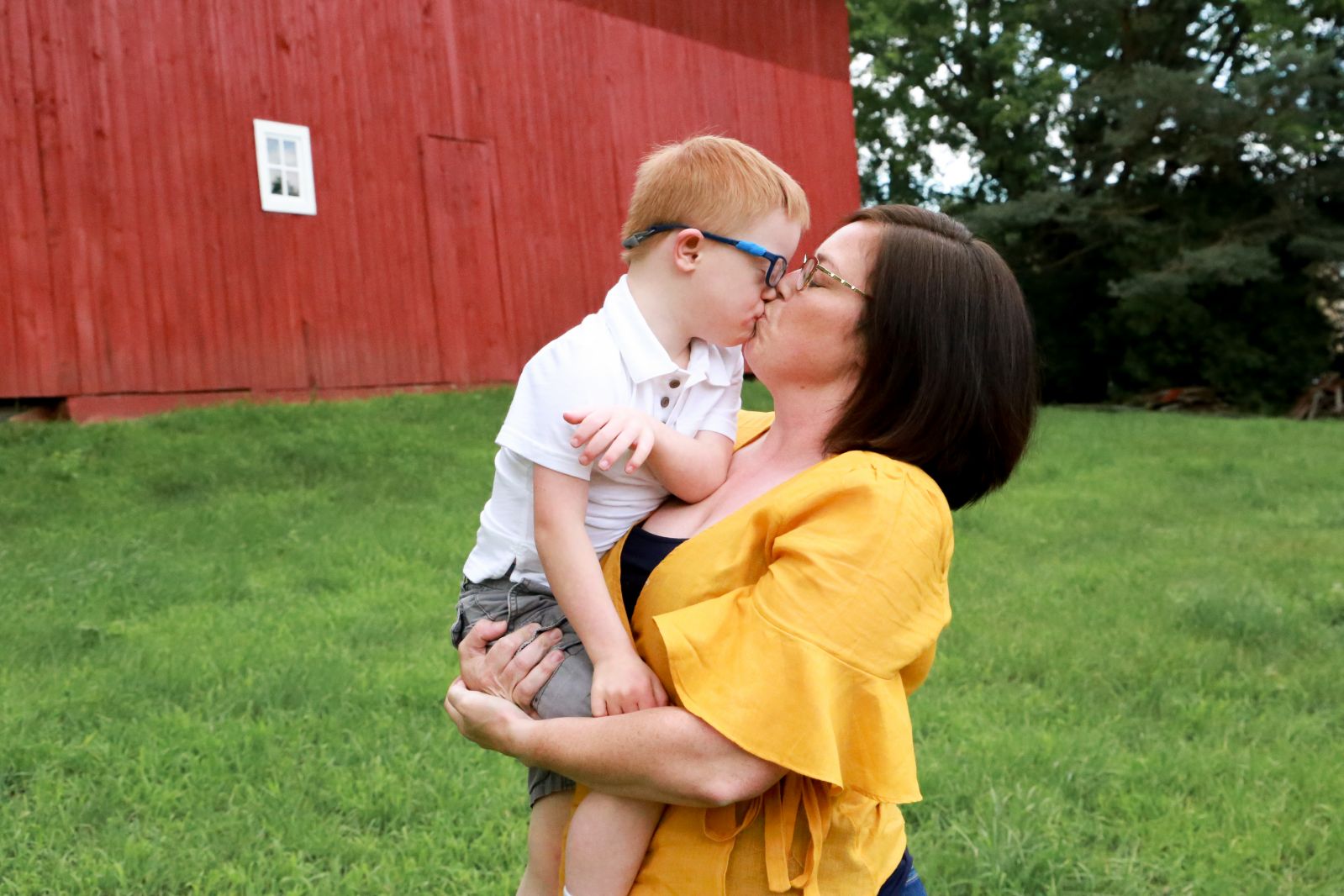 Embrace the unique way your child is blooming - even if its not in the garden you imagined. - Jenn Soehnlin -

Connection is something Emerson and I have struggled with since the day he was born. Which is why probably why I long so much for it. We didn't actually bond as mother and son until he was almost one year old. But we have made such progress since than, well I should say since he started ABA Therapy. Tomato Tomato.

Some months are filled with endless moments that make my heart explode and other months I can barely count those moments on one hand. These moments mostly come in the form of love taps, he will come up and tap you when he wants to say thank you or I appreciate you. But most recently, its been kisses on the lips. Kisses...I never thought the day would come when he would kiss me without prompting. With that being said, the latter months are the hardest. And seems that we are in one of those months. Or perhaps since we are together a lot lately it is just heightened.

Emerson and I are in Grand Rapids so he can attend an intensive feeding program. Its just him and I during the week, and we go home on the weekends. But for eight weeks, Sunday night through Friday, its just the two of us. I am finding that those love taps, smiles, hugs, and kisses are constantly on my mind while we are here. Maybe its because of the hard time we are having out here, its a lot of change for both of us. We have a LOT of downtime here, so Im always thinking about what can we do that would help us connect, make memories....something we dont get to do frequently back home due to our busy schedule. One thing I know for sure that will bring a moment like that is SLIDES!

So one night we were free I decided lets go on a hunt for a playground. I put in parks into google maps and there was easily six within a few miles of the Ronald McDonald House. So off we went. We pull up to the first playground and I check out the surroundings. No Fence. Busy Road. Water. To dangerous. Next.

The second playground had a structure that was nicely built. It didn't have the grated floors that made him so nervous so that was a huge plus. It had three slides so he would be in slide heaven. But than I noticed the crowd. At least 10+ kids running around having the time of their lives. There was happy screams and just a high volume of children playing. To may things that will be overwhelming to him. Lets move on.

The third playground we went to was an older one. It looked like it had weathered a few storms, but there was a few slides and a tiny splash pad. Fun! Than I noticed these teens hanging around doing what teenagers do. I remember doing the same thing at that age. But than I thought about the last time we had this same scenario, I found myself advocating for Emerson after a few uneducated comments were thrown our way. After the emotional day we are having I just didn't have it in me. They may have been the sweetest kids, but they also may not have been. I didnt feel like having my next emotional breakdown in front of teenagers. So we moved on.

The fourth playground was perfect. No one around, plenty of slides, a few good ramps...this was it. This was going to be that special moment that my heart so desperately needed. I glanced in the rear view mirror and Emerson was smiling and giggling as he watched his iPad. For a second I thought maybe this isnt a good idea, but than remembered how happy he was a few days ago on the playground. He was going into hour six on his iPad. It would be nice to get him engaged in another activity. I can do this with anxiety and all!

I pulled out my transition cards and showed him the playground. He shook his head no, which doesn't always mean no. Actually means yes most of the time. Hope it means yes in this scenario!*Fingers Crossed* I shut off his iPad, said and signed all done, time to play. The minute we got out of the car the meltdown started. He pointed to his car seat, said his vocal approximation of iPad, and than cried. And cried. And cried some more.

This iPad.....its comfort to him. Its what makes him happy. Its what makes him feel regulated here when hes out of routine and in unfamiliar places. And this is by far the most out of his routine and comfort he has been since we received his autism diagnosis. Who am I to force him to partake in an activity in these circumstances. So I grabbed the iPad and we sat down in the grass. Him on his iPad, and me next to him.

Its not exactly what I thought the night would look like. But nothing on this journey has been what I thought it would be. Than as I sat there thinking about the connection that wasn't going to happen tonight, how I wouldn't count to three and hear his amazing belly laugh as he slid down the slide....he gave me the love tap. Actually three love taps in a row. And than he pulled my arm to his mouth and kissed it.

This boy....always teaching me. Happiness is letting go of what you think moments should look like and celebrating those moments for everything that it is. Love taps never filled my cup so much!